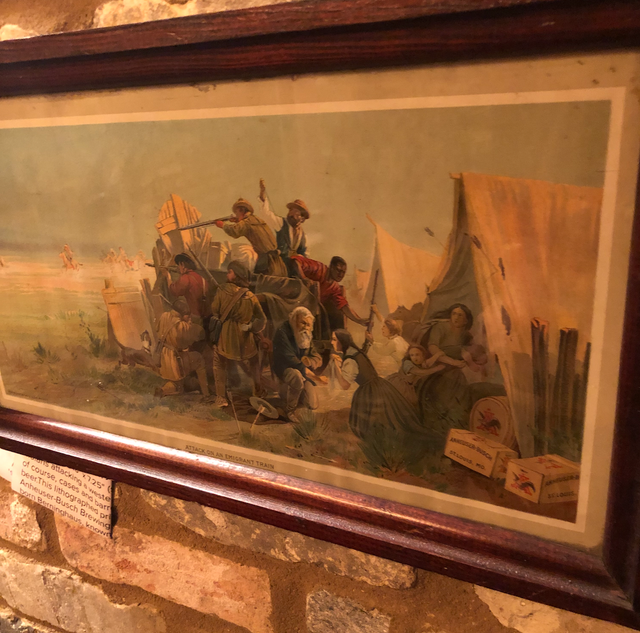 Oscar Edmund Berninghaus: "Attack on an Emigrant Train" Anheuser Busch Advertising Chromolithograph, Circa 1912. A 16" x 7.25" (sight size) print of a group of Indians attacking a western-bound wagon train carrying, of course, cases and barrels of Anheuser Busch beer.This lithographed print is marked "Copyright By Anheuser-Busch Brewing" in the lower corner.St. Louis-born Berninghaus, known for his western images, was commissioned by the brewery to create several images for their use in advertising. He would later settle in Taos, New Mexico. Nicely framed to 17.5" x 8.75". From a very popular and desirable series of images. Signed lower right "O. E. Berninghaus" in the plate. Excellent.

More Information:Berringhaus, recognized as one of the founders of the Taos School is considered one of the most important 20th century Western artists.This litho is one of a set of five. Heritage has sold two full sets in previous Art of the American West auctions with one set selling in 2009 and one in 2010,for an average price realized of $7170.

Add to Cart
Powered by